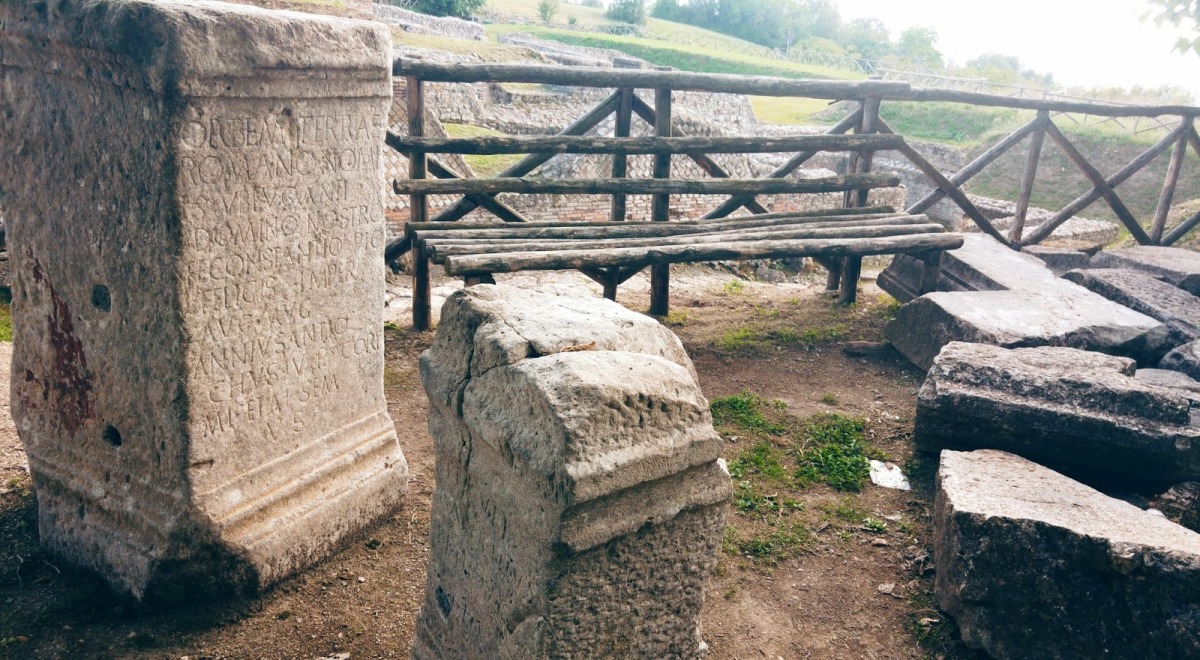 After the two-month excavation in Policastro Bussentino last year, I was keen to improve on the skills I had learned. I had discovered during that excavation that I was actually really interested in taking more of a leadership role, but was not yet sure how much I knew, or yet needed to learn, to do so. A fortunate meeting with my former teacher, Dr. Ben Russell from the University of Edinburgh, alerted me to a dig that would be happening in Aeclanum (modern Mirabella Eclano) for September 2016. The excavation is an ongoing joint-venture with the University of Edinburgh and the Apolline Project (http://www.apollineproject.org/) with co-director, Ferdinando De Simone. With this in mind, I had been anticipating an exciting few weeks with two of my brilliant friends, both currently undertaking PhDs at the University of Saint Andrews and Edinburgh University. Packing for the trip (both passports in tow!) is one of the best parts…slowly I am getting more and more efficient.
With a few days spent adventuring and relaxing in Rome beforehand, we were all ready to get our hands dirty.

One of the most interesting parts of getting involved in a dig like this is that while the directors and supervisors were well-seasoned, the site itself was essentially starting in many areas with virgin soil. Previous excavations had been carried out several decades before (in a few areas), and more recently a commissioned archaeological dig had been done by a commercial unit.

But a variety of reasons, the work being done in this season could be viewed as the ground work for the future of the site. That is an exciting prospect for anyone to be a part of, but I was especially keen since my understanding of how to supervise a trench was somewhat problematic. I was fairly sure there was a lot that I did not yet understand, but was keen to get in and learn.

Coming to train on this dig, I was pretty keen to support younger students and help them feel confident. One or two items tend to come up whilst excavating in field schools which I tried to be mindful of. Traveling alone for the first time and living in a large group can push peoples comfort boundaries (shocking, I know). So with experience traveling quite a lot in Italy, and the last six months of working for Italiarail (the American vendor for the train network in Italy, Trenitalia), we were able to give advice and help sort out peoples’ logistical issues fairly easily! All these things in mind, it was a grand opportunity and beautiful location.

The Site
Aeclanum is situated in modern Mirabella Eclano,  Irpinia region of Campania (inland). Connected by the legendary Roman road-building, Aeclanum was situated in a central point along the Via Appia. During the Social Wars (around 89 BCE), Aeclanum had been sacked by Sulla’s forces. It was rebuilt, and seemingly flourished in the 2nd CE when it became the Colonia Aelia Augusta Aeclanum. There is evidence of many phases of rebuilding, additions and repairs/re-purposing until Aeclanum sort of disappears from history after 662 from the campaigns against the Lombards of Benevento.

The site itself was set within some idyllic green hills and edible vegetation was scattered throughout. Quite a few buildings were excavated and reconstructed already on the site, which drew tourists to this lovely town. Some building identifications are being reviewed, as new methodologies and interpretations were being applied to this site.

There were number of specialists on-site to do digital mapping, ceramic analysis, and even drone photography (which took brilliant photos)! There were many types of dwellings, buildings and some roads visible. The scope of the site is not yet fully known, but there were many intriguing possibilities.

The paving stones and hypnotic brick patterns were lovely to see every day. I’ve always been impressed by the effort and artistry of the brick work, especially as recently was pointed out to me, they would have been covered.

Of course! The work is so beautiful on its’ own that it seems a completed decoration. Though I cannot do the architecture justice through simple quick pen sketches in my Moleskin, I do keep trying!

This one is, as usual, a bit squint, but it is a lot of fun to have little drawings of my travels to mark the memories.

Our group was a mix of University students from all levels and people who came on this dig to get experience for a career shift as they sought to start a new direction in their lives, which is always commendable!

The energy and effort of the students I got to work with was excellent. Rain or shine, our team of Saggio Cinque was a hard-working group, and hilarious. My senior supervisor (who I tried to learn as much as possible from) brought very approachable and engaging teaching methods to the site which was a huge help.

All in all, these were not box-ticking learning objectives, rather an attempt at trying to give a taste of the concrete outcomes they needed to start a career in archaeology. I may have only a few weeks as a junior supervision, but it was incredibly informative right away being on the other side of a field school.I can’t go in to much detail, or perhaps shouldn’t, as it is an evolving and ongoing project and season, so what I can say about what we encountered in Saggio Cinque (now famously under the hashtag #SaggioCinque) was the following.

The Presence of Absences

My previous dig experience in Greece included evidence of ancient and modern grave robbing. Working on a salvage dig was fast-paced and quite hush-hush about what we found, since the graves were near the surface and not hard to spot. 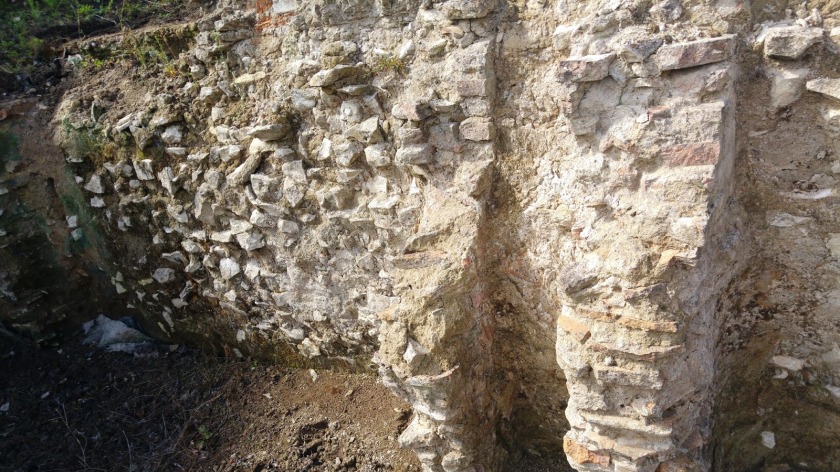 Whereas, what was surprising in Aeclanum, was seeing the evidence of someone trying to remove the massive limestone slabs (unsuccessfully) and apparently giving up. Poaching finished building materials and re-purposing them for newer buildings was pretty standard practice in antiquity,  but it was interesting to see evidence of a failed attempt.

Politics and Archaeology
Whilst our archaeological field school lodged in Mirabella Eclano, there was a bit of a press furor going on around us. Some of you might have seen this picture:

(Archaeologists in the Nursery, Moms in Revolt) newspaper headline, a local misunderstanding about our accommodations. This strange bit of press, while seeming contentious, actually gave the opportunity for some interviews on site and publicized some of the exciting things we were doing.

To hear an interview with our site directors, you can check out this Sound Cloud link:
https://soundcloud.com/airadioariano/aeclanum-sta-per-concludersi-la-prima-fase-della-campagna-di-scavo

Mirabella Eclano
The people of Mirabella Eclano were always very kind and gracious. I had a lot of great conversations using a mixture of French/English/Italian with quite a few locals. There were some real gems of cafes and restaurants; my favourite cafe, Zucchero e Vaniglia, served some incredible pastries and perfect portable coffees- superior additions for a dig break.

Our main port of call, however, was the cafe/bar at Hotel Aeclanum. Many drinks, chats and post-dig hangouts took place at this tried test and true hotel bar.
The town of Mirabella Eclano was full of affordable little restaurants and bars, beer festivals, and very pretty views .

If you are curious and would like to find out more or maybe get involved, please check out the Apolline Project Website: http://www.apollineproject.org

30. DELOS: THE GREAT PORT CITY OF THE ANCIENT WORLD 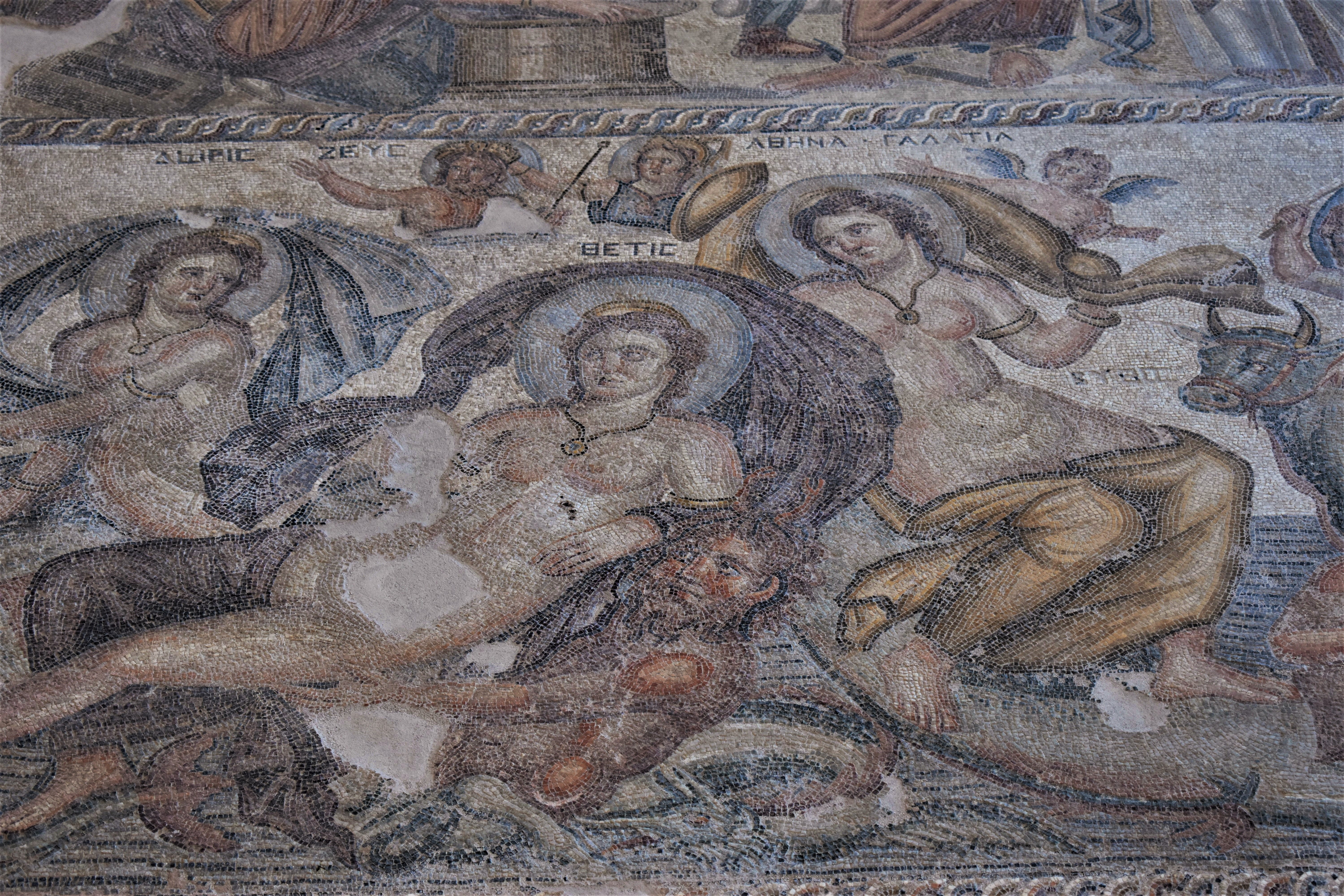