Walking upwards along the processional way, passing the Temple to Athena Nike and under the Propylaea, the real feast for the eyes stands before you – the Parthenon. It is a building so thoroughly embedded in our collective imaginations through all forms of media, that seeing it evokes something in everyone.

My impression of the Parthenon has changed with each encounter. When I was 18 years old I could appreciate the elegance, but lacked any real understanding. At 24, when I returned back in 2008, much more was visible and my understanding of it was enriched by four years of studying Art History, Classics and Archaeology. I would have to try very hard not to be impressed. I sat and awkwardly sketched what my poor draftsman’s hand could barely grasp, but I was drawn to draw. Most recently, as a travel-wise woman in my 30s, I could appreciate the nuances at play within the monumental building of power, politics and art.

The painstaking nature of this current methodology of restoration work deserves comment. Previous restoration work in done in the 19th and 20th century led to problems which specialists are now trying to repair (wrong pieces were fit together and corrosive materials which were unknowingly unsuitable were also used).

The current mandate for repair work is to map out each stone to the smallest detail, and any structure that is assembled has to be done with an eye for future restoration (meaning, nothing that is done now cannot be undone). The slow pace of work might annoy some members of the public who wish to view the building in all of it’s glory, but preservation with a long-term view is obviously a worthwhile endeavour.

The creation of this temple dedicated to Athena began in 447 B.C.E. and lasted right up to 432 B.C.E, built atop the previous “Pre-Parthenon” also destroyed by the Persians in 480 B.C.E. Under Pericles, Phidias designed a monumental Athena statue that once stood in the Parthenon, and the sculptural motifs along the metopes and pediments and frieze, though the architectural design was Callicrates and Ictinos.

Work on the Parthenon was slowed and interrupted by the outbreak of the Peloponnesian Wars, beginning 431 B.C.E., and ending nearly thirty years later. While the temple was dedicated to Athena, but also functioned as the state treasury. It bears contemplation that following the defeat of the Persians and the enrichment of Athens, they developed building projects which were all linked to their mythical patron and founding myths of the city. Even as hostilities rose between their main rival, Sparta, which ultimately led to a devastating war which divided all the Greek city-states against each other, the will of the Athenians (or at least the ones in power) was to carry on when possible with building. Perhaps, it was especially important in the face of foreign invaders, and even domestic ones, to complete an artistic and architectural legacy which presented their identity and power to the world. 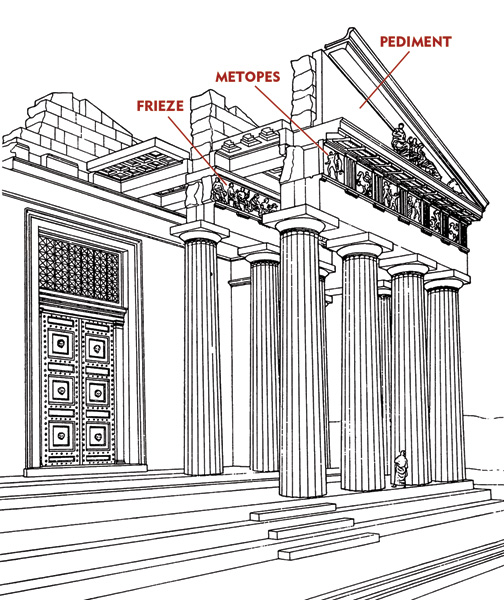 The main themes of the artist design surrounding the Parthenon focused on their history and identity. Themes of conflict are illustrated in the two sides of the metopes (almost like a film reel running along the long sides of the Parthenon). The north-facing metopes possibly depict the sack of Troy (though it is under debate).

The south side of the Parthenon’s metopes depicted the Centauromachy (the battle of the Centaurs against the Lapiths), which highlighted a lengendary hero connected to Athens, Theseus. The west-side, running underneath the pediment, featured the Amazonomachy (battle of the Amazons against the Athenians). The east-facing metopes which faced the entrance though the Propylaea, depicted the Gigantomachy (the battle of the Olympian gods and -wait for it- you probably guessed it- the giants).

Did you guess that last one? Gold stars, whole class.

There is basically nothing you can glean from the west-pediment now, but once restoration is complete, the structural elements should at least be visible. As with the statuary from the east pediment, the Ionic frieze, the decorations have been stripped from the building and reside in several museums around the world.

The Parthenon Marbles in the British Museum – 2016

The main components of the Parthenon’s artistic works are on display in the British Museum.

Future blog posts will look at some of the artistic elements of Greek art, of which the Parthenon provides excellent examples.There is a lively academic debate about the nature and meaning of the images depicted on the frieze, which Mary Beard discusses in her book “Parthenon”.

30. DELOS: THE GREAT PORT CITY OF THE ANCIENT WORLD 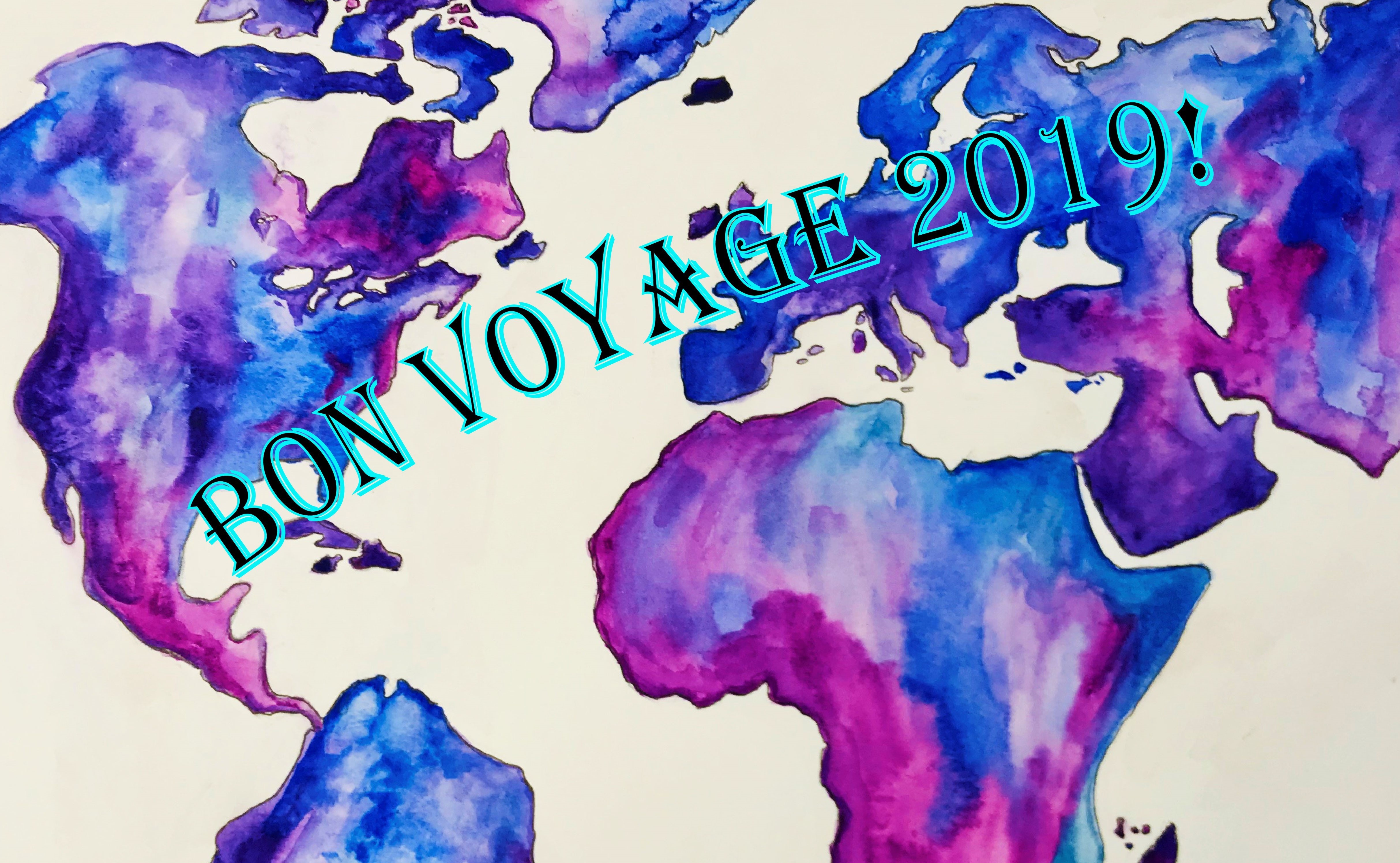